Lighting Styles holds stock of all the lamps used in the fixtures and fittings we offer either on the website or in our showroom. With so many products that means quite a few lamps - around 3,000 at our last count! We hope you find what you require here but if you have a specific requirement please email us or call on 01780 767617 and we will do our best to help. 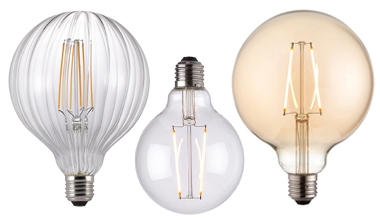 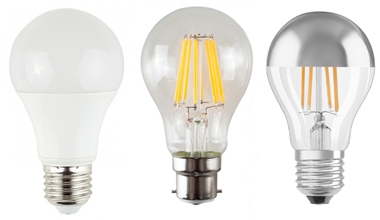 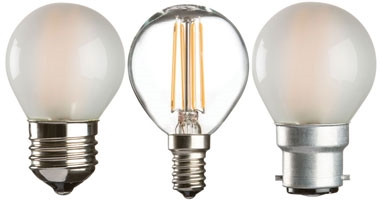 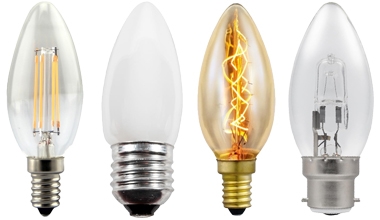 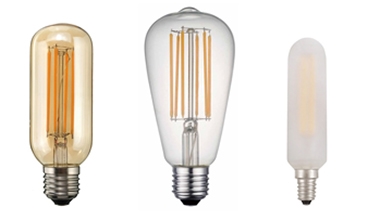 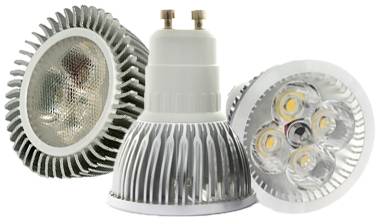 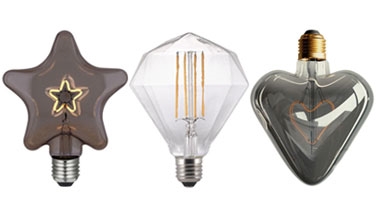 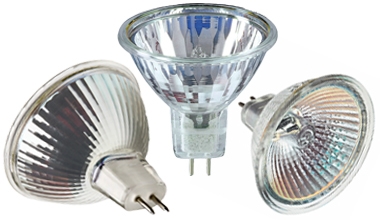 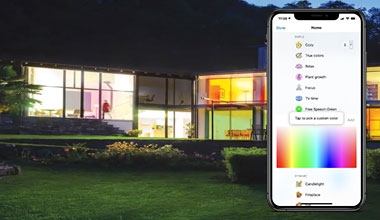 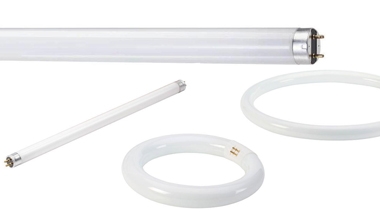 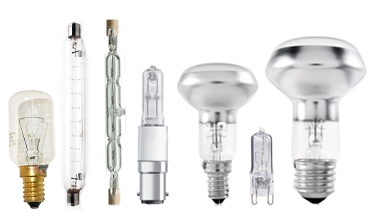 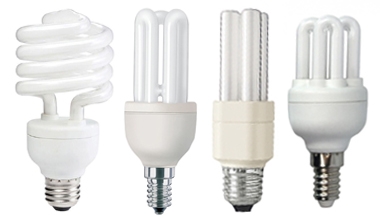 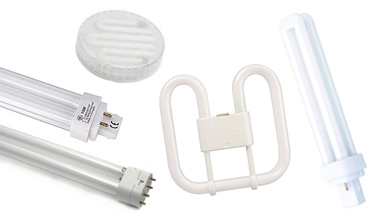 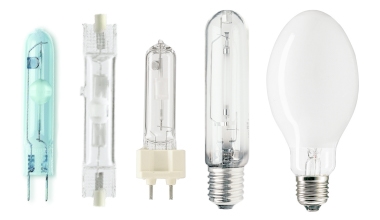 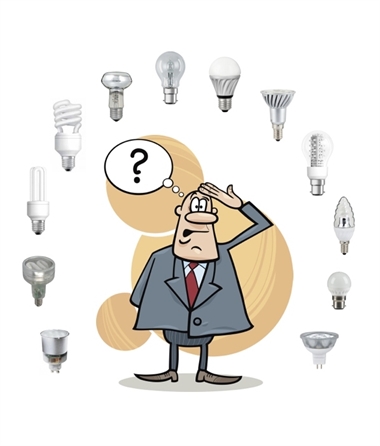 With the advancements in technology there are lots of new lamps on the market. New wattages. New shapes. New sizes.

Whats the difference? Which one do you need?

Golf ball lamps also known as round or globe lamps are normally used in decorative or table light fittings where a smaller bulb is required.

Candle lamps are normally used in decorative or ceiling light fittings. Why not add a flame tipped candle to your chandelier?

Decorative bulbs are becoming more and more popular. They are a great way of offering lighting with that addition detail. Decorative lamps are great for bare lamp pendants or fittings where the lamps are seen and not hidden under a shade.

A GU10 lamp fit into mains downlights or spot lights and are used regularly around the home. GU10 bulbs will run at 240 volts (the same voltage as supplied by the mains power supply).

LEDs are now being used in many lighting applications. LED`s offer the best energy saving properties on the market today. The good ones can save you 90% of the energy you`d use with a halogen lamp, while producing the same light output and lasting 10 times longer. They also produce absolutely minimal heat, great in summer and safer around flammable materials.

MR16 bulbs are used in low voltage downlights making them perfect for bathrooms and kitchens. Multifaceted Reflector is  a pressed glass reflector with the inside surface composed of facets and covered by a reflective coating. The facets gather the light from the filament to provide a concentrated beam of light.

Linear fluorescent lamps have been around for years and their use will continue for many years more as they are a more efficient way of producing light. Often found in your garage or office blocks. 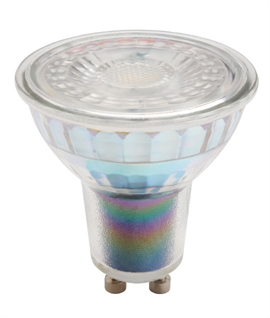 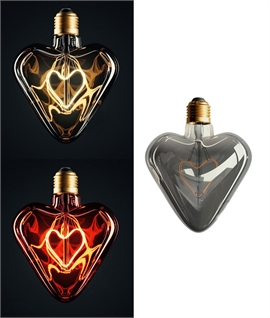 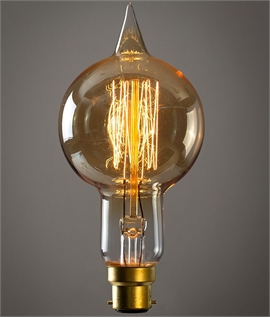 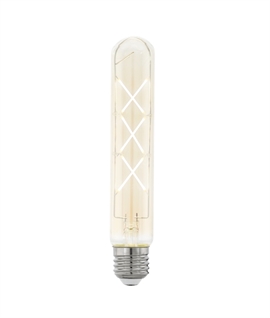 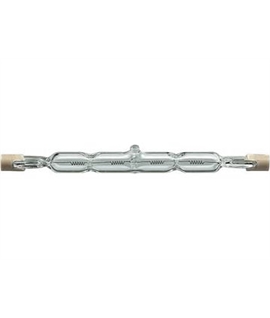 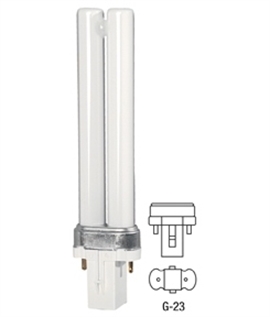 The incandescent light bulb as we know it today, with a coiled filament of tungsten, was commercialised in the 1920s. The incandescent lamp is a source of electric light that works by passing an electric current through a thin filament, heating it until it produces light. The glass bulb contains an assortment of gases and always excludes oxygen as the hot filament would be destroyed rapidly by oxidation. Incandescent bulbs are also sometimes called electric lamps. An incandescent lamp is a resistive load and thus easily dimmed on all control gear.

The initial Europe wide ban only applies to `non-directional` light bulbs, so does not affect any bulbs with reflective surfaces i.e. spotlights or halogen down lighters. Bulbs will be banned in a phased approach with non-clear (frosted or pearl) bulbs of higher wattages no longer being made or imported from September 2009. The ban will move down to lower wattages, and the efficiency levels raised by the end of 2012. Also, the EU has given the target of 2016 to phase out Halogen bulbs, and any bulb available for purchase after the 2016 date must have at least a `B` energy rating. The UK government announced in 2007 that standard domestic incandescent bulbs would be phased out by 2011.

Halogen lamp halogen lamps are usually much smaller than standard incandescents, because for successful operation a bulb temperature over 200°C is generally necessary. For this reason, most have a bulb of fused silica (quartz), but sometimes aluminosilicate glass. This is often sealed inside an additional layer of glass. The outer glass is a safety precaution, reducing UV emission and because halogen bulbs can occasionally explode during operation. One reason is if the quartz bulb has oily residue from fingerprints. The risk of burns or fire is also greater with bare bulbs, leading to their prohibition in some places unless enclosed by the luminaire. Those designed for 12V or 24V operation have compact filaments, useful for good optical control, also they have higher efficacies (lumens per watt) and better lives than non halogen types. The light output remains almost constant throughout life.

Fluorescent lamp fluorescent lamps have much higher efficacy than filament lamps. For the same amount of light generated, they typically use around 25% to 33% the power of an incandescent.

Fluorescents were mostly limited to linear and a round `Circline` lamp until the 1980s, with other shapes never gaining much popularity. The compact fluorescent lamp (CFL) was commercialised in the early 1980s. Most CFLs have a built-in electrical ballast and fit into a standard screw or bayonet base. Some make use of a separate ballast so that the ballast and tube can be replaced separately.

Typical average lifetime ratings for linear fluorescent tubes are 10,000 and 20,000 hours, compared to 750 hours (110 V) and 1000 hours (240 V) for filament lamps. Some types of fluorescent lamp ballast have difficulty starting lamps in very cold conditions, so lights used outdoors in cold climates need to be designed for outdoor use to work reliably. Fluorescents come in a range of different colour temperatures. In some countries cool white (CW) is more popular, while in some, warmer whites dominate.

LED lamp solid state LEDs have been popular as indicator lights since the 1970s. In recent years, efficacy and output have risen to the point where LEDs are now being used in niche lighting applications.

Indicator LEDs are known for their extremely long life, up to 100,000 hours, but lighting LEDs are operated much less conservatively (due to high LED cost per watt), and consequently have much shorter lives.

Due to the relatively high cost per watt, LED lighting is most useful at very low powers, typically for lamp assemblies of under 10w. LEDs are currently most useful and cost-effective in low power applications, such as nightlights and torches. Coloured LEDs can also be used for accent lighting, such as for glass objects, and even in fake ice cubes for drinks at parties. They are also being increasingly used as holiday lighting.

LED efficiencies vary over a very wide range. Some have lower efficiency than filament lamps, and some significantly higher. LED performance in this respect is prone to being misinterpreted, as the inherent directionality of LEDs gives them a much higher light intensity in one direction per given total light output.

LED technology is useful for lighting designers because of its low power consumption, low heat generation, instantaneous on/off control, and in the case of single colour LEDs, continuity of colour throughout the life of the diode and relatively low cost of manufacture. In the last few years, software has been developed to merge lighting and video by enabling lighting designers to stream video content to their LED fixtures, creating low resolution video walls.

Colour Temperature the colour temperature of a lamp is measured in kelvin (degrees above absolute zero) as the colour of rod of steel would appear (actual or theoretical) if heated to that temperature.