Slow freight at UK ports is impacting some orders, we will do everything we can to maintain quoted delivery times but there may be some delays. Read More..

Fire and emergency exit signs to show people to the nearest exit in fire or smoke situations. Check out below for further information on this signage. 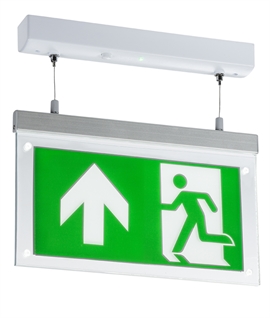 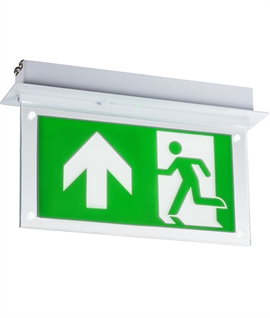 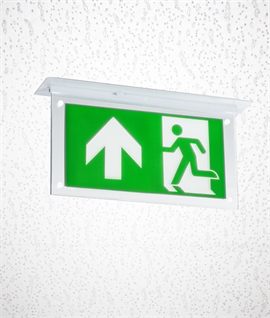 3 Products
£38.50
Helps to Maintain the Clean Lines of Your Property
More Details 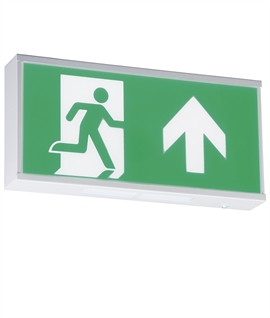 4 Products
£38.90
Ideal For Use Above Doorways
More Details 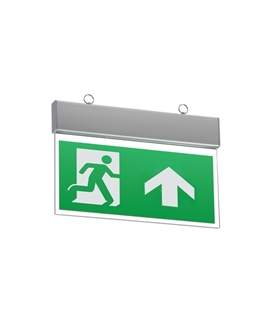 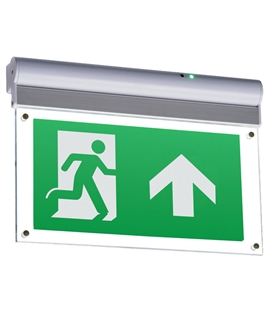 3 Products
£49.97
Easy access to the test button for monthly functional testing
More Details
Sort by
Default
View as:
Show per page
Items 1 to 5 of 5.

The early exit signs were manufactured from metal and lit by a nearby incandescent light bulb or were a glass cover that fit directly over a single-bulb light fixture. Of course in the event of a fire the power to the light would fail and render the signage unusable! Also the emergency exit signs were often small and dimly lit making them hard to see in a fire where smoke would reduce visibility.

Better signs were developed which resemble todays modern exit sign with an incandescent bulb inside a rectangular-shaped box that backlit with the word "EXIT" on both sides. Being larger than its predecessors, this version of the exit sign solved some of the visibility problem but yet again the sign was only useful as long as main power remained on.

Once battery-backup systems became smaller and more efficient, some exit signs began to use a dual-power system. In normal conditions, the exit sign would be lit by main power and the battery was in a charge state. In the event of a power outage, the battery would supply power to light the sign. It continued to discharge until main power returned to the unit or the battery was no longer able to provide sufficient power to light the sign.

Early battery-backup systems were big, heavy, and costly. Today the modern emergency lighting systems are lightweight, are able to be installed almost anywhere and are integrated into the fixture and not as a separate box. As batteries power improved so has the amount of time a can remain lit on batteries.

Also with the development of fluorescent lamp and light-emitting diode technology, exit signs are now brighter to show up in the limited visibility of a fire situation, and/or use less electricity.