Slow freight at UK ports is impacting some orders, we will do everything we can to maintain quoted delivery times but there may be some delays. Read More..

LED (short for Light Emitting Diode) is an electronic semiconductor device that emits light when an electric current passes through it. LED lights were rushed to the market and promoted as an alternative product to existing lamps and lighting. Many people who bought these initial products were left confused as LED lamps were not, and are still not, a replacement for general lighting. Engineered LED products are now available which can provide enough light for specific tasks and make use of the advantages of LED lights.

We have listed a combination of spot lights, pendants, flush and semi flush fittings. Many of these can be used in combination or as stand alone lighting offering a wide choice of lighting styles. Often colour changing these fittings are great for adding ambience and interest to any room within your home - whether it be a living, sleeping or party room!
See the foot of this page for more details. 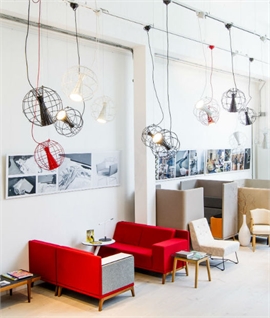 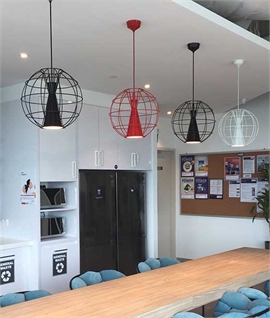 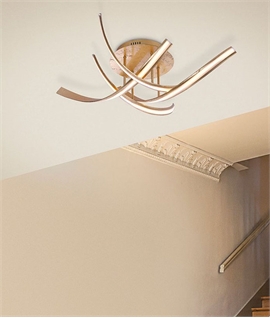 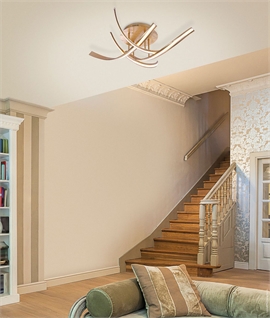 Why choose LED ceiling lights? The advantages and the disadvantages.

We provide the answers:

Economy - energy saving
Despite their initial high price, the use of LED lighting can offer significant cost savings over time, not only in terms of reduced energy consumption, but maintenance as well.

Long life
Even in hostile conditions, the typical working life of an LED can be several tens of thousands of hours; most domestic bulb filaments expire after just a couple of thousand hours and even compact fluorescent lamps come nowhere near the working life of LEDs. Also, LEDs do not suddenly burn out - they slowly fade over time, giving ample opportunity to plan replacements (which will be rare - several years with normal use and possibly even decades). Even at the end of its working life, an LED will still be giving some light.

Strength and reliability
The filament in a normal bulb is a very fragile object, easily broken by a sudden shock or "soft" drop. An LED is encased in virtually unbreakable high strength optical grade resin. There is no glass or filament to break, making LED light sources perfect for rugged or demanding environments, or installations where access is difficult.

Improved safety and security
The low heat and low voltages associated with LEDs make them a far safer source of light. No glass to break, no white-hot filament, no flames and no noxious fumes.

Design flexibility
The intrinsically safe nature of LEDs, combined with their long term reliability and minute size, mean that they can be built into the fabric of almost any structure or object. Imagine a stairway, lit by its handrail; or a room illuminated by the furniture. With LEDs, anything can become a source of light and they offer designers and architects a lighting tool of unprecedented versatility.

The disadvantages of LED
The performance of LED “lamp” when used in general lighting is very poor; the light beam is intense and often very narrow; the colour rendering is very poor compared with halogen and new triphosphor fluorescent lamps.

Long term LED performance largely depends on ambient temperature. Driving an LED hard in a warm environment may result in shortened life or premature failure. This is especially important when considering applications where a light source must operate over a wide range of temperatures, or where accessibility is difficult. Overheating can kill led lights within a month.