Solid state LEDs have been popular as indicator lights since the 1970s. In recent years, efficacy and output have risen to the point where LEDs are now being used in many lighting applications. LED`s offer the best energy saving properties on the market today. The good ones can save you 90% of the energy you`d use with a halogen lamp, while producing the same light output and lasting 10 times longer. They also produce absolutely minimal heat, great in summer and safer around flammable materials. Available with a range of colour temperatures to avoid that `stark` white associated with some LED products. We test our LED lamps extensively to make sure they meet these standards, and while the initial cost is more they quickly pay for themselves in energy savings. 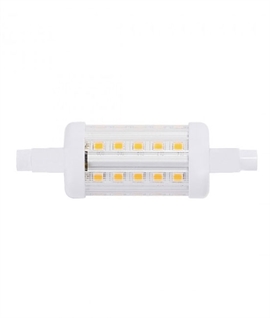 Practical in situations where lights are left running for long hours, lamps are harder to access when they need changing or you`re just looking to save on electricity bills. LED efficacies vary over a very wide range. Some have lower efficacy than filament lamps, and some significantly higher. LED performance in this respect is prone to being misinterpreted, as the inherent directionality of LEDs gives them a much higher light intensity in one direction per given total light output. LED technology is useful for lighting designers because of its low power consumption, low heat generation, instantaneous on/off control, and in the case of single colour LEDs, continuity of color throughout the life of the diode and relatively low cost of manufacture.